My name is Flavia. I was born and raised in Rome and I have lived here all my life (the little girl at the Colosseum on the home page is me at 2 years old!) .

After my University studies as an Interpreter and Translator, I started working as a Tour Manager in 1990, and travelled Italy and Greece with North American and British groups for 10 years.

In 2001 I passed the qualifying exam to practise Tourist Guiding in Rome and its Province; I have been happily working as a guide since then.

I graduated in Archaeology in 2002.

In 2003 I taught Early Christian Archaeology and Architecture as adjunct professor at St. John’s Seminary, Boston (USA), for their European Spring term.

In 2010 I specialized (post-graduate) in Early Christian and Medieval Archaeology.

In July 2013 I earned qualification (post-graduate) to teach Art History, and in February 2015  I started teaching Art History in public highschools.

I taught a 3-week course on Art and Culture in Rome through the centuries in June 2015 and a 4-week course on Roman History and Archaeology in July 2016 at Richmond University in Rome.

I believe in sustainable tourism, and love off-the-beaten-track treasures, and any underground site!

The website’s logo is my interpretation of the so called “Gradiva”, literally “she who walks”. Gradiva is actually part of an ancient marble relief, an ancient Roman replica from a Greek original of the IV century BC, today at the Vatican Museums, Rome. It probably originally portrayed three women moving from the right associated to other three women mirroring them: the Horae (goddesses of the seasons and the natural portions of time) and the Aglaurids (deities of the nightly dew). This elegant walking woman inspired German writer W. Jensen: he called her Gradiva (after Mars Gradivus, the Roman god of war “walking through the battle”), and wrote the novel “Gradiva. A Pompeian Fantasy” (1903). Jensen’s novel later inspired S. Freud’s essay “Delusion and Dream in Jensen’s Gradiva” (1906). Art historian A. Warburg also wrote a paper on her. Both Jensen and Freud owned a cast of this relief (in Freud’s office it was on the wall above the famous couch!). 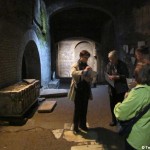 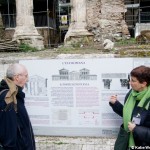 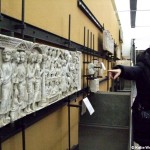 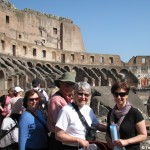