This is a tour of a complex made of three churches, still well preserved and operating today, dedicated to two girls who lived in the early Christian times.

It all started when saint Agnes was buried in a catacomb along via Nomentana, probably in the III century AD.

In IV AD empress Constantina (or Constantia), emperor Constantine’s daughter, commissioned a large basilica in honour of Agnes, that was built next to the catacomb. Attached to this basilica, Constantia had her own splendid mausoleum built, and decorated with sumptuous mosaics; this was later on converted into the church of santa Costanza. We will see the ruins of the so called Constantinian Basilica of Saint Agnes and enter the beautifully-preserved  Mausoleum of Santa Costanza, where the mosaics are still visible.

In the VII century a new basilica was built for Agnes, right on the grave this time, in the catacomb itself. We will visit this very spiritual place, the Honorian Basilica of Saint Agnes, and its lavish apse mosaic. A monumental stairway connects the two basilicas, and it serves today as a museum.

The complex became a fortress in the Middle Ages, and some of the towers are still there.

At the end of the visit you may want to see the catacomb on your own, entrance fee is 8 euro, 5 euro for children under 15, free under 7. 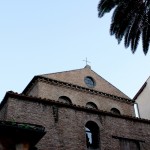 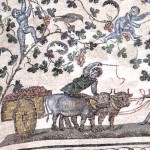 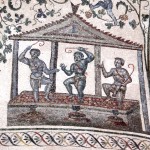 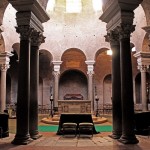 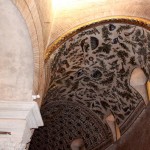 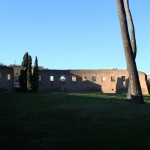 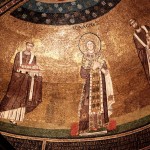 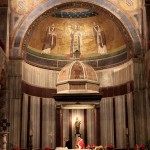 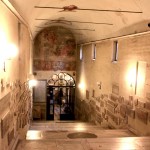 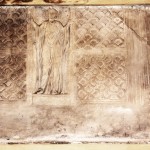 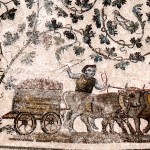 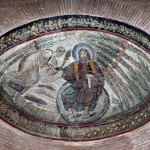 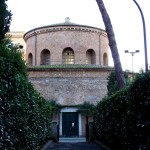 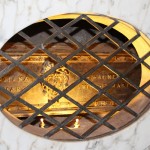