This is the first public museum ever established. It all started in 1471 when Pope Sixtus IV donated a group of ancient Roman bronze statues of great symbolic value to the People of Rome. These statues were positioned on Capitoline Hill. Among them the most famous Shewolf, and the statue of emperor Marcus Aurelius, which stood in the middle of the square until 1981 (now inside the museum, while a replica is in the square).

The collection includes Ancient and Renaissance Art and it is housed in three Renaissance palaces.

We start with a look at Piazza del Campidoglio by Michelangelo, probably the most beautiful in Rome, and the world.

We enter Palazzo dei Conservatori and in the courtyard we see the remains of a marble Colossus of Constantine.

On first level some of the rooms are still as they were when designed by Michelangelo in 1530’s. Here we see high-relief panels from monuments to Emperors Marcus Aurelius and Hadrian, frescoes by Cavalier d’Arpino, a renowned bronze portrait called  Capitoline Brutus, the Boy with Thorn (Spinario), the world famous bronze Capitoline Shewolf with the Twins, and a number of other great pieces. A brand new exedra by architect Aymonino houses the giant bronze statue of emperor Marcus Aurelius, the Colossal Head of Constantine, with hand and globe, gilded bronze Hercules from Boarius Forum, Esquiline Venus, Commodus as Hercules, the foundations of the Temple of Capitoline Jupiter, and a lot more.

On second level we have a quick look at the Picture Gallery just to see the Fortune Teller and John the Baptist both by Caravaggio (not always there as they travel much for exhibitions).

Down the stairs we reach an underground gallery that goes across the square connecting the three palaces. It houses part of the epigraphic collection and gives access to the Tabularium, a building dating back to I century BC with a great view over the Roman Forum.

Through the gallery we enter Palazzo Nuovo. Here we see the Capitoline Venus, the mosaic of the doves, the Hall of the Emperors, the Hall of the Philosophers, the Red Faun, and the most celebrated  Dying Gaul. 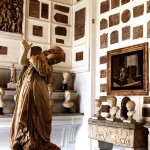 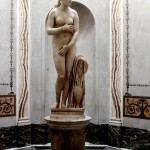 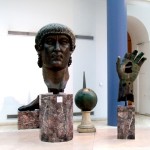 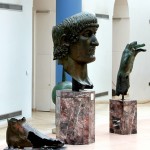 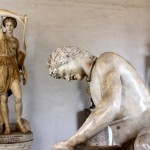 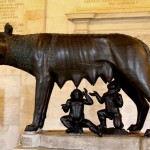 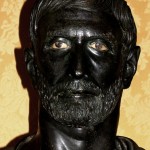 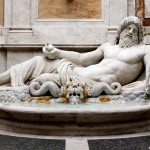 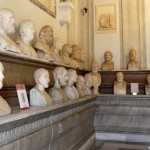 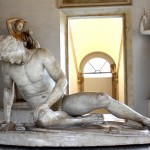 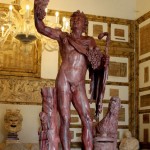 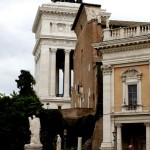 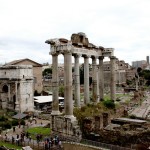 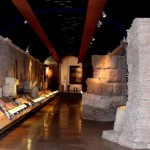 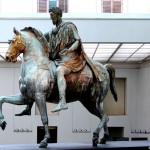 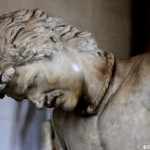 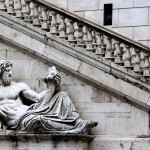 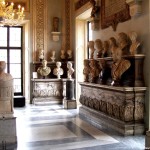 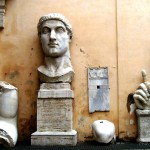